Do what thou wilt shall be the whole of the Law.

As most probably realize, the Law of Thelema was not entirely the result of praeterhuman forces. Crowley, as a scholar and even in his role as Prophet, was strongly influenced by the lives, ideas and works of many men and women who came before him. The road to The Book of the Law was built over many, many years by many, many hands now long stilled. So it is with all the Great Principles of our Order, spiritual, philosophical, and practical.

The roots of our Order extend deeply into history, well before the advent of the New Aeon and the birth of such men as Crowley, Reuss, Kellner, and Doinel. It is these roots which have provided, and continue to provide, food and water to the Scarlet Flower that grows in the enclosed garden of our Order; and we must know and appreciate those roots if we are to truly know and appreciate that Flower.

With this in mind, I have decided to establish a program within the U.S. Grand Lodge which will formally recognize men and women of the past who have contributed in diverse but important ways to the development and advancement of the great principles of our Order. Men so recognized will receive an honor called the Order of the Lion; women will receive the Order of the Eagle. Nominees for these honors must be historical (as opposed to purely mythological) men and women, and must have died at least eleven years before award.

Any member of U.S. Grand Lodge in good standing of at least Third Degree may submit a nomination to any Sovereign Grand Inspector General in the U.S. (directly or indirectly); but all such nominations must be accompanied by a thorough, well-researched and documented essay defending the nomination. Such essays must be type-written or printed, must include a brief biographical profile of the nominee, and must clearly and eloquently demonstrate why the nominee should be considered for the Order of the Lion or the Order of the Eagle. Meritorious nominations will be forwarded to the Supreme Grand Council for further consideration. Notification of awards, along with selected nomination essays, will be published occasionally here in Agapé.

Love is the law, love under will.

The following people have been awarded these Orders. The date of award is noted for each. Links are to nomination essays or to another good source of information about each individual.

The Order of the Eagle

The Order of the Lion

Permanent link to this article: https://oto-usa.org/usgl/lion-eagle/

Leah Hirsig (1883 – 1951 e.v.) by Frater Hippokleides Leah Hirsig was born on 9 Apr 1883 in Switzerland into a large family in which she was one of nine children. At the age of two she moved with her mother and siblings to the United States, where she grew up in New York. On …

Emma Hardinge Britten and the Origins of OTO By T Allen Greenfield copyright © 2002. All rights reserved. “To arrive at this state, severe and painful as well as long continued discipline is necessary. Having acquired this perfect equilibrium, the next step is power…The arts necessary for study to the practical occultist are…a knowledge of the qualities …

Anna Mary Bonus Kingsford Esotericist, Visionary, Hermetic Mystic by Paradoxos Alpha Anna Kingsford (nee Bonus, 1846-1888 e.v.) was prominent among mystics and theosophists in the 1880’s. Politically active throughout her adult life, she was a feminist, vegetarian, and most especially an anti-vivisectionist. To bolster her authority in the cause of anti-vivisectionism, she pursued and achieved …

Frieda Lady Harris by Richard Kaczynski Frieda Lady Harris (1877–1962) is best known as the artist executant of the Thoth Tarot. She was the one who suggested to Aleister Crowley that they work on creating a Tarot deck to his specifications, and she provided him with a stipend for the instruction that she would require …

Phyllis Seckler IX° (1917 – 2004 e.v.)By Sr. Harper Feist Phyllis Seckler (Soror Meral) was an individual of wide-ranging abilities, and amazing tenacity and persistence, all of which she brought to bear to the promulgation of Thelema. She was a mother, an artist and a teacher in many disciplines. She typed many Crowley manuscripts, saving them … 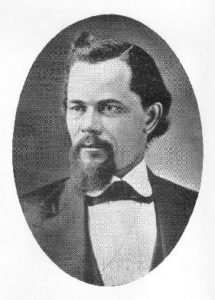 Dr. Franz Hartmann, 33° 90° 95° IX° (1838 – 1912 e.v.) by T. Apiryon Copyright © 1995 Ordo Templi Orientis. All rights reserved. Franz Hartmann was a Bavarian-American physician, occultist, and one of the co-founders of O.T.O., along with Carl Kellner, Theodor Reuss, Henry Klein and Charles Détré. He served in the Bavarian artillery in his youth and …

John Yarker by Richard Kaczynski As the person who chartered Theodor Reuss, Franz Hartmann, and Henry Klein to start an Academia Masonica for the German empire, and who authorized Aleister Crowley to restart the Antient and Primitive Rite, John Yarker is the lynchpin in the establishment of Ordo Templi Orientis. John Yarker (1833–1913) was born … 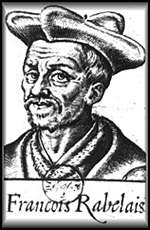 (François) Rabelais (1494-1553 e.v.) by T. Apiryon Copyright © 1995 Ordo Templi Orientis. All rights reserved. French Franciscan (later Benedictine) friar, classical scholar, physician, humanist and humorist, the author of the monumental, revolutionary satire Gargantua and Pantagruel, contemporary of Ulrich von Hutten and Paracelsus, and one of the greatest writers in the history of Europe. The works of Rabelais are … 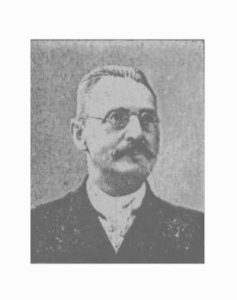